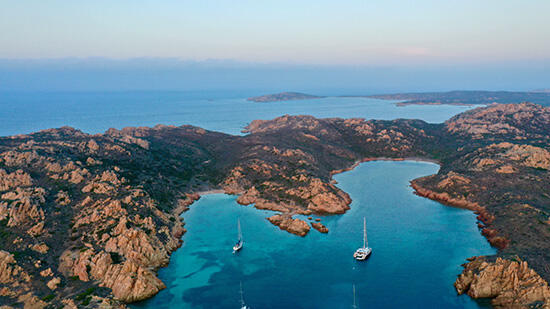 The Western Mediterranean basin is composed of a large triangle of sea between Syracuse to Genoa and Gibraltar. This of course includes Corsica, Sardinia and the Balearics Islands. For those interested in History, this area saw the rise of the Roman Empire and also witnessed the Phoenician merchants and the Greek sailors founding trade counters 3000 years ago. 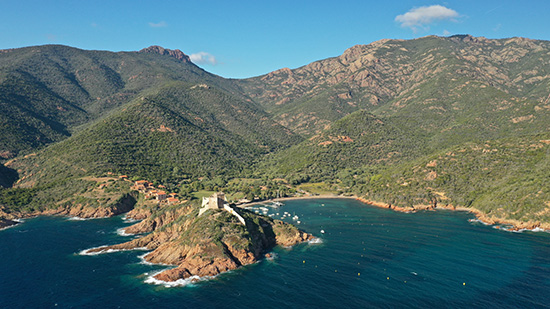 Curanta Cridhe being based in San Remo, Italy during winter seasons and in Port-Fréjus, France during summer seasons allows a great deal of flexibility for your charter itinerary.

During the summer season, we can easily sail from Frejus to St-Tropez and enjoy its famous lifestyle. There are the Porquerolles Islands that offer turquoise water anchorages as well as beautiful trails to explore on the islands. We can also enjoy the wine from the monks at Les Iles de Lérins, near Cannes as they produce one of the top ten best Syra’s in the world. 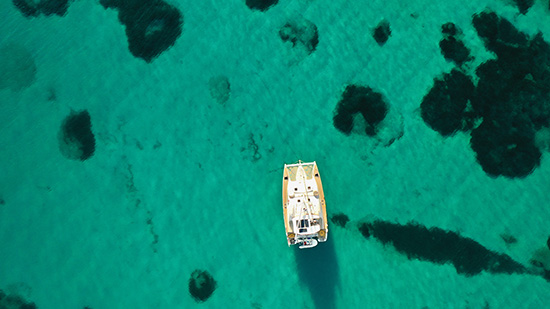 One of my favourite spots is the Bay of Villefranche sur Mer, where we can anchor at the bottom of the bay near the medieval village. 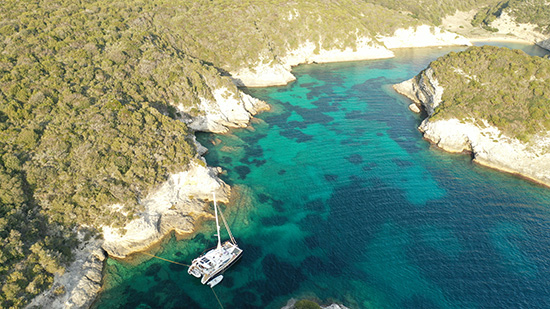 Corsica is a jewel to explore and the interior is totally different from the coast. There are over 200 anchorages in Corsica so you won’t discover them all in one week of cruising. Of course most of them are exposed to the Westerly weather and there are very few safe shelters on the West Coast in severe Mistral condition. So, it is important to follow the weather forecast stations and adapt your itinerary to the weather.

With pristine waters and great scenery Sardegna has a lot to offer. The food and wine is delicious and the hospitality is great. From La Maddalena Archipelago to Isola di San Pietro, Sardegna will always be a fantastic destination. 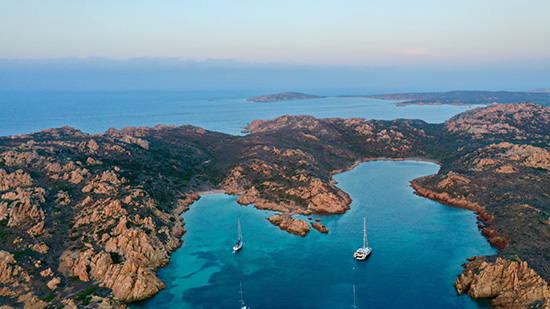 You may also explore smaller islands such as Capraia, close to Cap Corse, Corsica and then sail on the way to Elba where Napoleon Bonaparte was taken prisoner. The Toscano Archipelago composed of Pianosa, Montecristo and Isola del Giglio -among other islands - deserve some attention, especially during the fall or early spring as there is almost no tourist visiting these islands. It is marvellous to enjoy the small village market and sip a coffee on a terrace near the port. 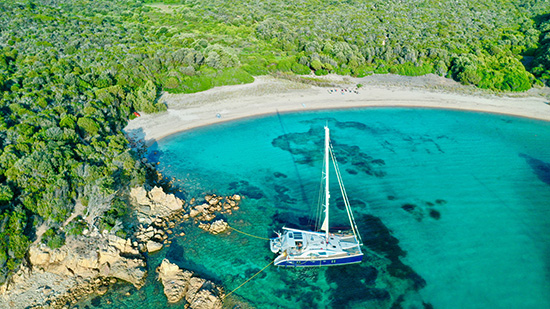 We can also arrange winter charters in the Med. These are for seasoned sailors as there is much more winds and some winter storms need to be well monitored!